Monday – Friday from 9am – 5pm, Saturday 10am - 1pm
Driver's License & ID Renewals by Appointment Only Tuesday - Friday
Please continue to be careful and Stay Safe Everyone!

Gretna, Louisiana is a historic city with a small-town feel. Originally called Mechanicsham when it was settled in 1836, Gretna was founded by German immigrants in the 19th century. The German-American Cultural Center Museum celebrates this heritage, as does the annual City of Gretna Oktoberfest. 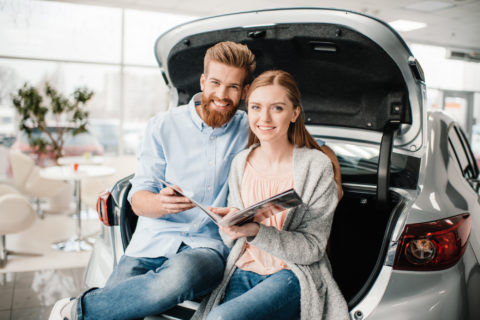 The town was incorporated in 1913, and recently celebrated its centennial. In its first official hundred years, Gretna has contributed more than its fair share of celebrities and culture. Gretna was the birthplace of Western action star Lash LaRue, the man who taught Harrison Ford how to use a bullwhip for the Indiana Jones franchise. Frankie Ford, who had a huge 1959 hit with the song “Sea Cruise,” was born here in 1939. Beatnik poet Jack Kerouac even mentions Gretna in his seminal work, On the Road. More recently, Gretna was a filming location for 2001’s romantic drama Monster’s Ball (starring Halle Berry, Billy Bob Thornton, and Heath Ledger) and the 2004 drama A Love Song for Bobby Long (with John Travolta and Scarlett Johansson).

Many people know Gretna from Cajun spice giant Zatarain’s, founded in Gretna in 1889. Another one of the town’s best-known cultural contributions is the Gretna Heritage Festival at the Riverfront Amphitheater. Since 1994, the festival has hosted many well-known headliners including The Beach Boys, Huey Lewis & the News, Hank Williams Jr., and Lynyrd Skynyrd. The three-day annual event offers a wide range of cultural experiences, like a German beer garden, an Italian village, and a classic car show.

If you’re a classic car buff, you probably attend that classic car show every year. You understand the importance of having comprehensive auto insurance coverage, so you can protect your investment. Botsay Notary & Insurance Network can set you up with just the right auto insurance package to give you the coverage you need for your vintage Bonneville in McDonoghville. After all, the Gretna Trolley can only take you so far—but when you’re behind the wheel, Botsay’s auto insurance will cover you wherever you go.

Of course, auto insurance isn’t all you need to get around. Whether you’ve got a coupe, a sedan, or a compact pickup truck, you’ll need to keep it registered with the DMV. Botsay’s DMV service can keep you out of that long line at the DMV and get you rolling with vehicle registration, plate, and title transfer services. We can even take care of title and tag transfers for you!

But even Jack Kerouac would agree that there’s more to life than being on the road. That’s why it’s important to protect your homestead—and why Botsay Notary & Insurance Network is proud to bring you rock-solid homeowners insurance coverage for your brick house in Stonebridge. We’ll help you save some green when you buy homeowners insurance in Vermillion, and we can give you a beautiful deal on business insurance for your boutique in the Bellemeade Plaza Shopping Center. Botsay brings decades of experience to serve all your insurance and DMV service needs. Give us a call today!

A few things to bring for real ID”s:

2 Forms of Proof of Residence such as:

Internet Bill To name a few